Joseph Zelezny, of Whitehorse, has been acclaimed by the Yukon – PPC Association executive as the official candidate to represent the Yukon riding in the 2019 general election this fall.

With Maxime Bernier’s example, “it is time stand up and fight for freedom since it directly relates to prosperity”, it is time to act responsibly and be fair, respectful, and restore Canada to its former glory; a nation built on unity Canadians can be proud of. A nation that innovates and leads the world in energy, technology, health, environment, science, space, agriculture and industry.

“I am proud and excited to be representing Maxime Bernier’s People’s Party of Canada in the riding of Yukon”, Joseph said. “Maxime’s voice and message represent the opinions and perspectives of thousands of Canadians across the country who feel like the traditional political parties have ignored them in favour of political posturing and pandering. It is critical that the Constitution be respected to enable a nation where all Canadians can prosper. When prosperity abounds, we can then help solve other problems to ensure the continuous progress”, added Zelezny.

“Joseph’s knowledge and support of the People’s Party of Canada’s stance on policies and promoting the betterment of Canadians, is impressive”, said Mike Nixon, former Yukon MLA and Cabinet Minister. “He has proven to be hardworking, dedicated and loyal to the Yukon. Both Joseph and Maxime Bernier have earned my support in the upcoming federal election”, added Nixon.

Joseph also said, “countless times I’ve thought to myself, Canada could and should be the most prosperous nation on earth – we are blessed with so much abundance of natural resources and amazing people from all over the world. Why is our economy and hope for a prosperous and free future being destroyed?”

Joseph has witnessed the politics of late deteriorate much of what once made Canada world a world class destination to live, work, travel to and admire for just how free and prosperous all Canadians made it so.

Helpful links to explore during these trying times

Everything a Voter Should Know Link to Elections Canada 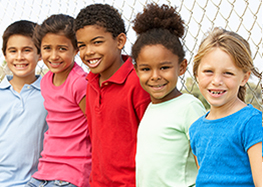